PFI provocation: Will deracinate idols of Ram Temple in Ayodhya and transform it into Kaaba 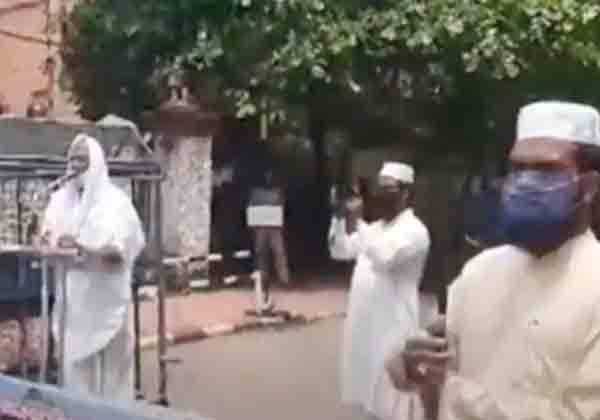 Thiruvananthapuram: The All India Imams Council, an organization of the Popular Front, has threatened to deracinate idols of the Shri Ram Temple in Ayodhya, which is being constructed as per the Supreme Court order. The provocative speech was made during a march to the Aegis office.

The video of the provocative speech has also went viral on the social media.

Speaking on the occasion, state vice-president Fatehuddin Rashadi threatened that arrangements would be made to deliver khutbah speech in the Ram temple. He threatens to seize the land, replace the idols in the temple and arrange for Khutbah to be performed there. He also states that they will organise Namaz after transforming temple into mosque.

Kaaba is a proof to this. If it happened in Kaaba where over 3000 idols were deracinated, the same would happen here. One fine morning, all those idols were thrown away. Kaaba then became the home of Allah. The speaker also threatened that the same scenario would happen in Ayodhya.

The Imams Council is an organization of Popular Front clerics. There are strong protests against the threat to demolish the Ram temple in Ayodhya and remove its idols in defiance of the Supreme Court order. It is being demanded that a case should be filed against him under the National Security Act.