The Delhi Police, after receiving a tip-off, has uncovered a plot by certain groups to target RSS leaders 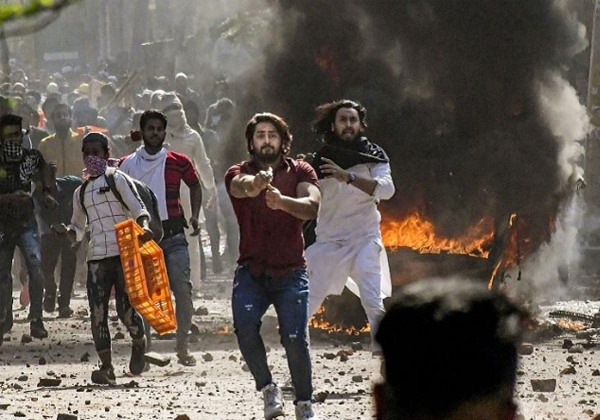 The Delhi Police have uncovered a plot by certain groups to target RSS leaders after the Delhi anti-CAA riots. After a tip off from credible sources, the police have traced telephonic conversations of the three persons. The Republic TV brought out the news on Saturday.

According to the FIR, the group has been training 16-17 year-old juveniles for the attack to avert maximum punishment. Even though the three conspirators have been named in the FIR as prime accused, so far, no arrest has been made in connection with the case.

The group intended to create unrest in the national capital by targetting RSS leaders and political leaders in the aftermath of the riots that took place in February this year. “After Delhi riots, the accused were plotting to target many famous personalities. They spoke to other criminal gangs to plot against RSS leaders. They also gathered money to spend on the training of juveniles. Moreover, they procured illegal weapons which were to be used in the commission of the crime,” said the Republic TV quoted a Delhi Police official saying.

“The idea of the gang is to carry out lone-wolf type attack. They want to create unrest in society. We have registered a case under various sections of the IPC. We have identified them and will be able to nab them,” said a source.

In February, anti-CAA riots took place in the northeast area of Delhi, which claimed the lives of at least 53 people. The Delhi Police has registered 751 FIRs in connection with the communal riots. So far, police have arrested 1,575 people in 751 cases. Over 250 charge sheets have been filed in the riots related cases in which 1,153 accused have been charge-sheeted.

On Friday, a Delhi court extended the judicial custody of former JNU student leader Umar Khalid and JNU student Sharjeel Imam by three days. Both were arrested under the Unlawful Activities (Prevention) Act in a case related to the communal violence in northeast Delhi in February this year. The court has put up the matter for further hearing on November 23.

During the hearing held through video conferencing, additional sessions Judge Amitabh Rawat extended their judicial custody till November 23 as sought by the public prosecutor. Special Public Prosecutor Amit Prasad, appearing for the police, said that the mandatory time period of 90 days to complete the probe in the case will be completed on November 23 and the charge sheet has to be filed.