It was he who rejuvenated the art of Kathakali in Kerala 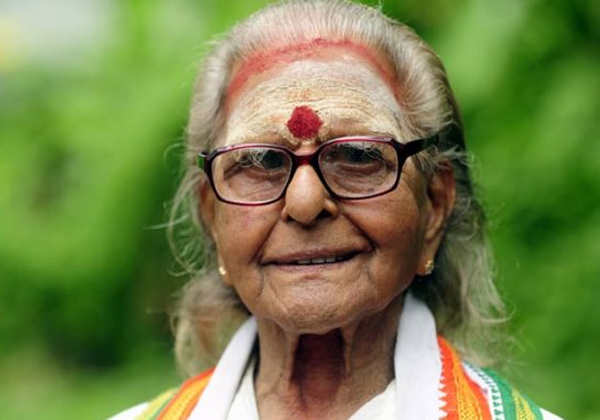 Veteran Kathakali exponent Guru Chemancheri Kunhiraman Nair died at his residence at nearby Cheliya in Koyilandi early Monday, family sources said. He was105.

He had been honoured with the Padma Shree in 2017 in recognition of his glorious contribution to the art form.

His portrayal of Lord Krishna and Kuchela on stage always left the audience spellbound and his lastnotable public performance was at the age of 100.

Chemancheri Kunhiraman Nair’s tryst with Kathakali, the ancient dance drama of Kera la, began at the age of 14, when he left his home to join a kathakali troupe run by Guru Karunakaran Menon.

Age was never a barrier for the veteran artist who had relentless journey for nearly nine decades with his specialisation in “Kalladikodan” style in Kathakali. After years of practice and hard work, he founded Bharatiya Natyakalalayam in 1945, which was the first school of dance in north Kerala and later went on to establish several other dance schools, includingthe Cheliya Kathakali Vidyalayam in his native village, about 30 km from here. The institution conducts courses on different aspects of Kathakali and has a full-fledged Kathakali troupe.

Several awards and recognitions came his way over the years including that of the Kera la Sangeeta Nataka Akademi and Kerala Kalamandalam.