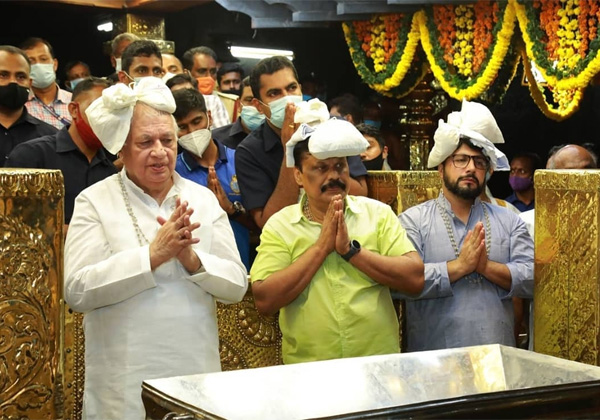 Governor Arif Mohammad Khan visited Sabarimala temple on Sunday evening. He was carrying the Irumudi, which was filled in a ritualistic format at Pampa Ganapathi temple, he reached Sannidhanam by walking along Swami Ayyappan Road.

After the Padipooja, Arif Mohammed Khan climbed the divine 18th step, and had the darshan of Lord Ayyappa. The governor will also have a darshan tomorrow morning. Later, the Governor will plant a sandalwood sapling at the Malikappuram temple premises.

He will then attend an event as part of the Punyam Poonkavanam project and will then proceed back to Pampa. The Governor was accompanied by his youngest son Kabir Mohammad Khan.