Walk Together For Bharat 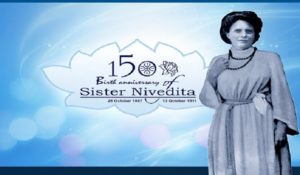 Walk Together For Bharat

“We may have different chitt (mind), but despite that we can walk together. There may be a difference in opinion, but for Bharat, we have to walk together,” said RSS Sarsanghachalak Shri Mohan Bhagwat while speaking at the 150th birth anniversary celebration of Sister Nivedia on October 3 at Science City Auditorium.

He said in spite of a conflict between the Hindus and Muslims, one day both the communities will have to find a solution and the path for solution is the ‘Hindu way’. Recalling his brief conversation with a Muslim scholar, he referred to Sister Nivedita’s idea of nationalism and said: “A former MP and Muslim scholar once asked me why I opposed the Sachar Committee recommendations. He admitted that all of them were once Hindus. Since they had a habit of singing bhajans (when they were Hindus), they are into Qawwali now. He had said the Sachar Committee will help them understand their history through education and then the conflict will end forever. I told him that I am aware of these facts but the problem is that the people whom he represents are not aware of these facts. I told him to educate his people and I would withdraw my opposition.”
Sister Nivedita had said there cannot be nationalistic feeling in the country if people continue to fight against each other. She had stressed on learning from the Europeans how to rid ourselves of internal differences.

Shri Bhagwat’s visit to Kolkata turned into a controversy after the authorities at Mahajati Sadan had denied permission on September 6 to hold the event. His visit was closely monitored by the State Government. Ever since Mamata Banerjee came to power in West Bengal, the Sangh’s membership in the State has increased by nearly five times. Not only the Hindus, but several leaders from Muslim community also have joined the RSS and are working for rural development in the State.