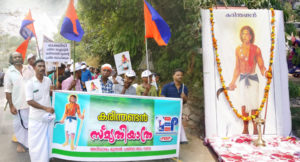 The eighth Karinthandan Smriti Yathra through Karinthandan Churam (Wayanad Pass) held on March 11, 2018. The ‘Padayathra’ was organised by PEEP (People’s Action for Educational and Economic Development of Tribal People), an NGO working since 2005 for the welfare and  development of Paniya tribe in Kerala. While focussing on Education and Health of the tribal community, the organisation is making efforts for their social changes also.

With a view of transforming society, the PPEP conducts the Churam Padaythra in memory of Karinthandan Mooppan. The history of Karinthandan Mooppan is often mixed with myth. Karinthandan was a Paniya Moopan, who lived in the southwest high ranges of Wayanad during 1700-1750 AD. As the tribal chieftain of that area, he was very influential in the community and much familiar with the nook and corner of the forest. It was during that period, the British came to Kerala and established business tie ups with small kingdoms in the region with the help of Zamorin of Kozhikode. 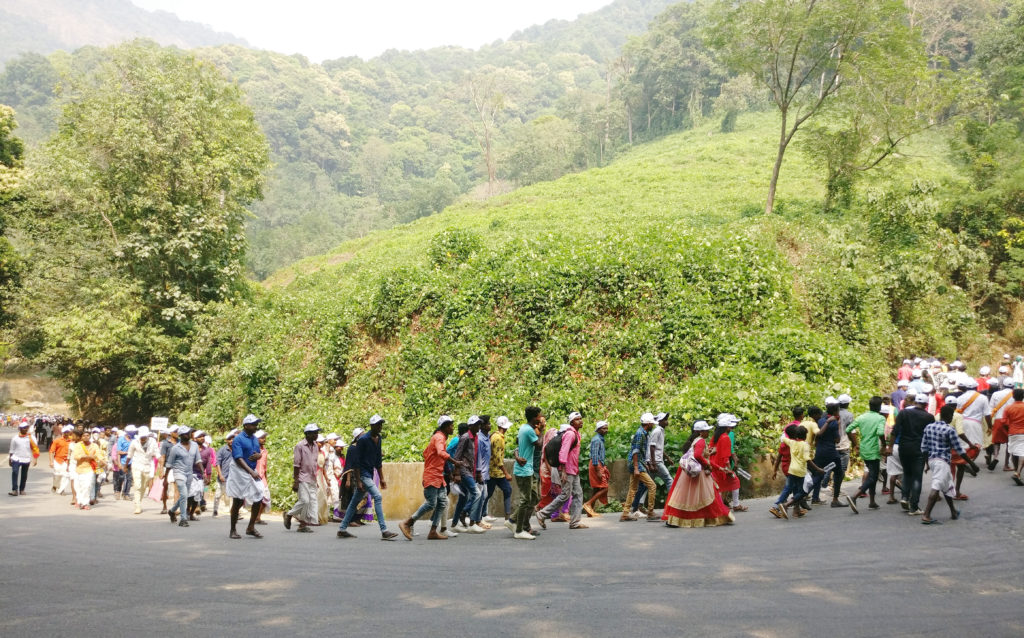 They were exploring the possibilities to build a new road to connect Wayanad with Kozhikode. One day, a group of British men and their aides led by a British engineer, approached Karinthandan Moooppan and asked his help for finding out a mercantile route through the forest area where he was the chief for transporting their goods from Wayanad to the nearest Bypore port. He helped the English engineer to identify the shortest route through the Western Ghats.  When the work was completed, Mooppan told the foreigners, ‘not to exploit the native people with this new path. But this was not at all agreeable for the foreigners and a scuffle occurred between them and they shot Karinthandan dead. Even though the route was opened for regular transportation and commutation, it became an accident-prone area. The transportation had become nearly impossible due to accidents and other mishaps. Alarmed by this perplexing phenomenon, the administrative authorities of that region called for a meeting. Hearing the story of Karinthandan, they reached a conclusion that the spirit of this chieftain might be causing accidents. As a solution, at last they brought a head priest from Malabar region and he chained the spirit of Karinthandan in a tree near Lakkidi. 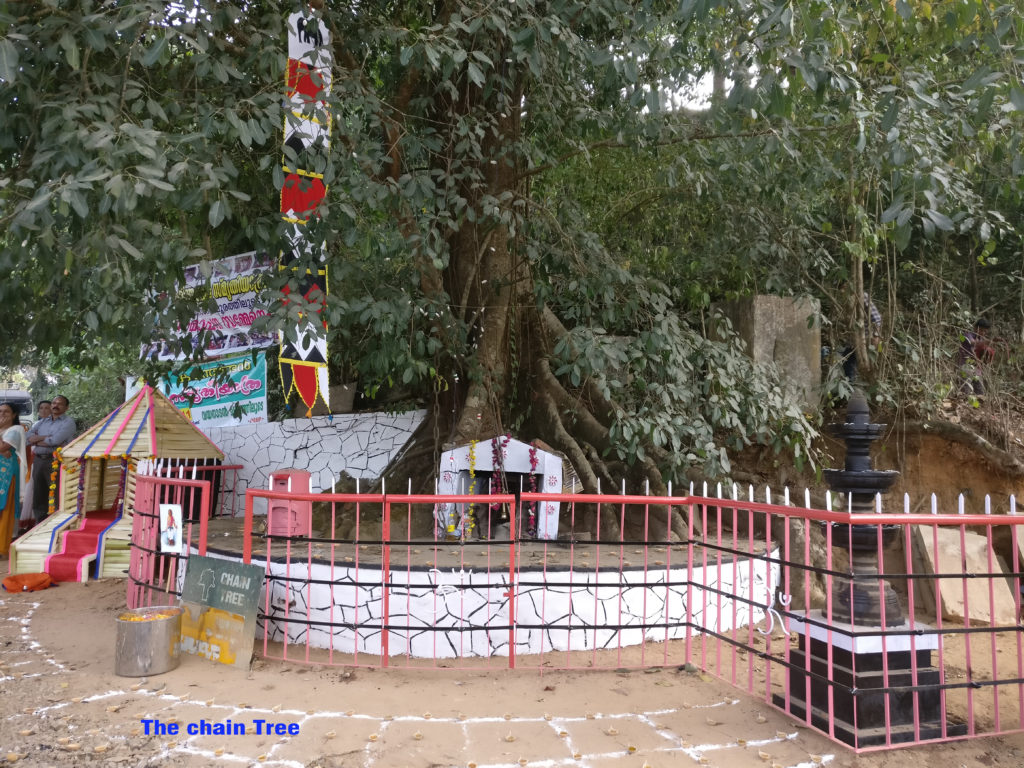 This tree ‘The ChainTree’ is still there at Lakkidi. After this episode, regular traffic is not at all disturbed along this area. Actually, he was the first martyr from Kerala who had given his life for his people and for the independence of our nation. 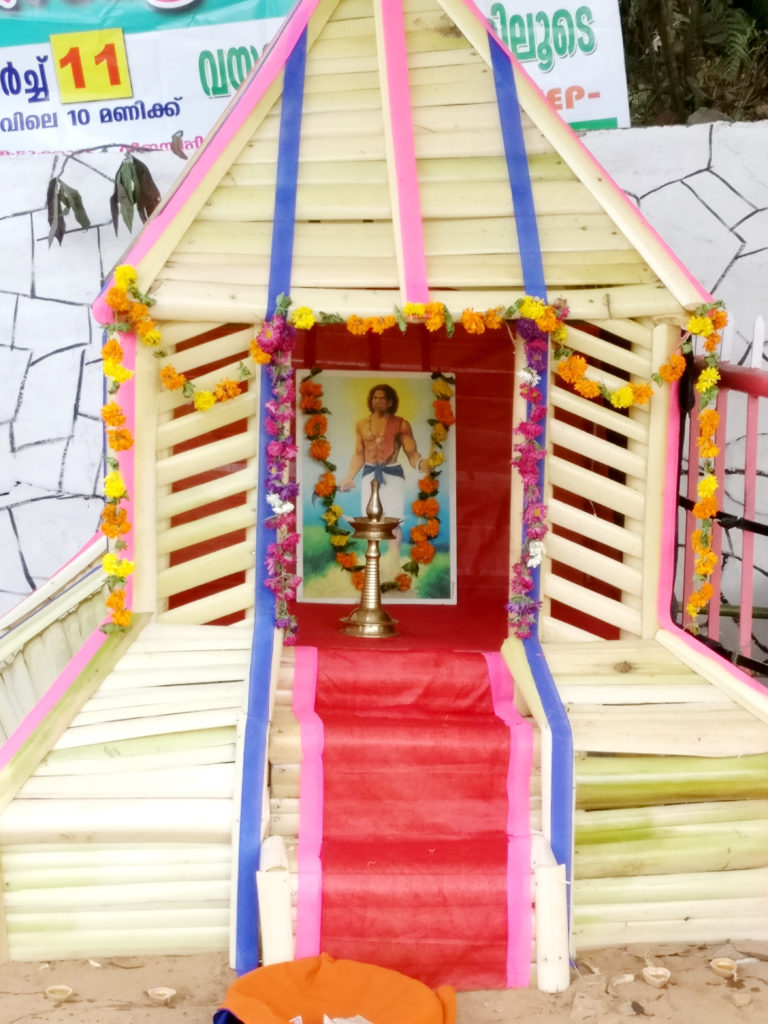 To commemorate this historical event and his martyrdom, the PEEP started organising this Padayathra every year. The annual programme instils respect and pride among the Paniya tribal people. This year, it had another social relevance this year as it followed close on the heels of the brutal murder of Madhu, a tribal youth, in Attappady. This time, in the seventh consecutive year of the yatra, it witnessed an increasing number of the participation from the tribal communities and other sections of society. This year the yatra was attended by 700 people from Paniya community alone. Prelude to this yathra the organisers conducted a football tournament, traditional arts competition and  other progrmmes.