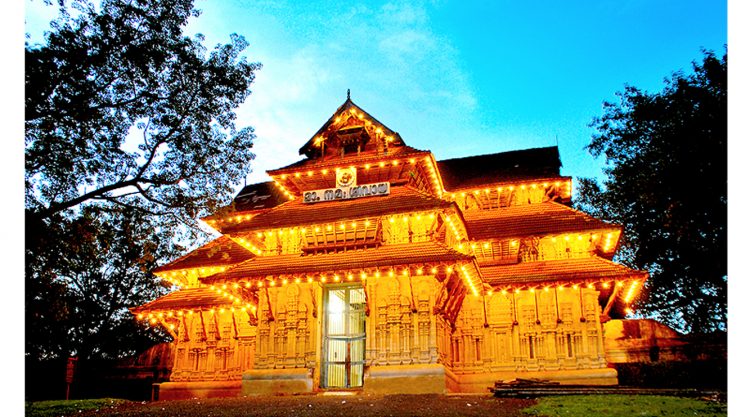 CPM appears to be all set to launch attacks and assaults against temples and Hindu organisations. The cat came out of the CPM’s bag on the floor of the legislative Assembly on March 23 in the form of a private bill of CPM’s TV Rajesh MLA.  No doubt, the prime target is Hindu organisations.  But, it will ultimately hit the temples badly. The main clause says, temple workers’ unions alone can have presence in the temple. No Hindu organisation can have office or activities in or near the temple. People cannot congregate or organise near the temples. If at all it happens a believer or anyone can complain to the authorities. If the concerned officer does not enquire and take actions, he shall be punished – either for one year imprisonment or a penalty of Rs 10,000. The bill says that these clauses aim at stopping the activities in the temples which could disrupt religious harmony. Temple protection committees cannot operate in the temples; they cannot have offices there either.

Even though Dewaswom Minister (again CPM man) said that the existing laws are capable of achieving these aims, Rajesh pressed for the discussion; now the bill is kept for discussion.Rajesh told that RSS oriented organisations like VHP and Kshetra Samrakshna Samiti are spitting communal venom. He alleged that “even Union Ministers lead the arms training in temple premises.” He says, “RSS organises communal riots”. One of his party colleagues said, Janmashtami shobhayatras aim at recruiting children to RSS from the families of Krishna worshippers.

Interestingly none of the above allegations has been leveled in the bill against non-Hindu worship centres. Observers see this private bill against the backdrop of the recent statement of CM Pinarayi Vijayan that his government would explore the possibilities to ban RSS activities. The mounting peoples’ hatred towards CPM’s murder politics, undemocratic and fascist means and anti-Dalit stands has upset the ruling party’s mental balance.

CPM has been mooting the idea of putting hurdles in the way of RSS shakhas since long. When CPM-led LDF Government of veteran CPM leader EK Nayanar was ruling the State, a minister declared on the floor of the house in 1996 that they would raid the RSS shakhas and karyalayas. When RSS and inspired organisations came out with stiff opposition against the move, they had go back on their sinister step. Now, they are desperate due to the growing popularity of RSS and Sangh-inspired organisations. BJP has opened an account in the Legislative Assembly in 2016. BMS and ABVP are outsmarting the opponents in their respective fields. VHP and Balagokulam are having more acceptance in Kerala society than before. Lakhs of children participate in Janmashtami shobhayatras. They belong to even CPM and non-Hindu families. Naturally CPM is under panic. Obviously their thoughts and mindset go reckless and amok. Therefore, their senseless steps and statements will not be surprises to anybody.

But, the people of Kerala are no more the philosophical slaves of communists. They know what is right and what is wrong. So, CPM’s ridiculous ideas will definitely bite the dust at the end of the day.