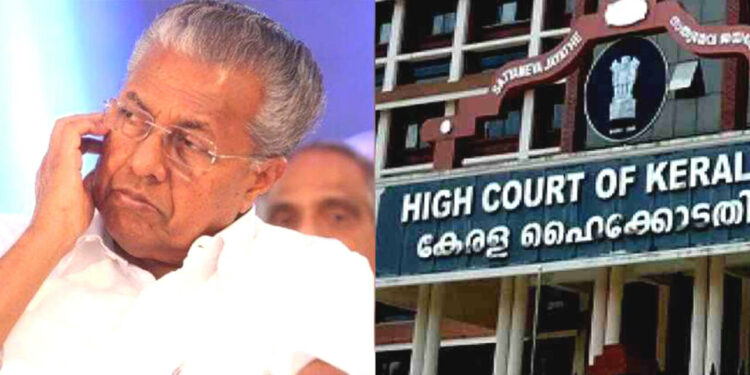 Division Bench of Kerala High Court, headed by Chief Justice S Manikumar, today (December 1) gave a severe blow to CPM-led Left Democratic Front (LDF) regime of CPM supremo and chief minister Pinarayi Vijayan. The court order said that calamities should not be taken as cover for corruption and nepotism.  There is no scope for ‘anybody can do anything’ policy. Court was hearing the petition filed by former Health Secretary Rajan Khobragade and others against Lokayukta notice to them in the wake of allegation of corruption of several crores of rupees in the purchase of PPE kits during COVID-19 period. Court said that Lokayukta has got powers to investigate complaints regarding corruption in public offices. Lokayukta intervention was in the light of the complaint filed by a Congress leader alleging that PPE kits were bought by the state health department from the higher bidder ignoring the lowest bidder. There were allegations that purchases of several other medical equipment were in the same manner.

The Bench rejected the petitioners’ arguments that the items were bought under the Disaster Management Act. Court asked them why are they worried about the investigation.

The court order is significant since the LDF government is in the process of making legislations to clip the wings of Lokayukta.

Lokayukta has issued notices to former Health Minister and CPM leader K.K. Shailja and former Principal Secretary Rajan Khobragade and several others including general manager of Kerala Medical Services Corporation Limited (KMSCL) S.R. Dileep in this regard.  Shailaja is asked to appear before Lokayukta on December 8.