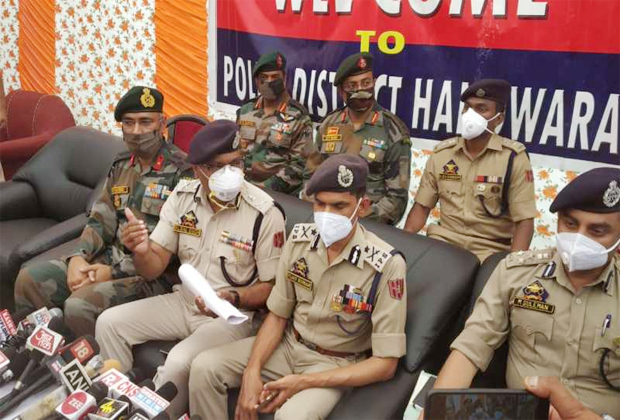 Jammu Kashmir. Around 26 top commanders of different militant outfits have been killed in the last seven months, Director General of Police Dilbag Singh said Thursday. The DGP said that the structure of militancy had been targeted by the forces and most of the militant groups were leaderless for the past many years. “Many youth have been brought back and Pakistani network which is motivating youth in J&K to pick up arms through social media and other means is also being continuously monitored,” Singh said.

Addressing a press conference in Handwara, He said – “We have succeeded in breaking the leadership structure of militants in Kashmir. 26 top most commanders have so far been killed during the last seven months in different encounters across Kashmir valley.”

The J&K police chief was speaking to the reporters in the backdrop of the killing of two militants, including a top Lashkar-e-Toiba commander, Nasir-u-din Lone, in a gunfight in Kralgund. “Nasir was involved in the killing of six CRPF personnel besides other killings, including a cop. He was likely to carry out a big strike in north Kashmir after the killing of Sajad alias Hyder,” said Singh.

The DGP said despite challenges, “safety of people” was being ensured and there had been “no civilian casualty” in 2019 and 2020 in any law and order situation or at any gunfight site. “Protecting interests of the people is our prime concern and every possible step is being taken to ensure it,” Singh said.

He said that the situation in north Kashmir was improving and with the killing of Sajad Hyder and Naseeruddin along with two Pakistani militants Usman Bhai and Ali Bhai alias Danish who were involved in major militant activities, the forces were expecting slowdown of militant activities in the area. Both these militant commanders were pressuring and motivating youth in north Kashmir to join militant ranks.

He said Srinagar city one way or other way had been affected by militant activities but at present the quality of information was much better because of which successful operations had been carried out in the recent past.