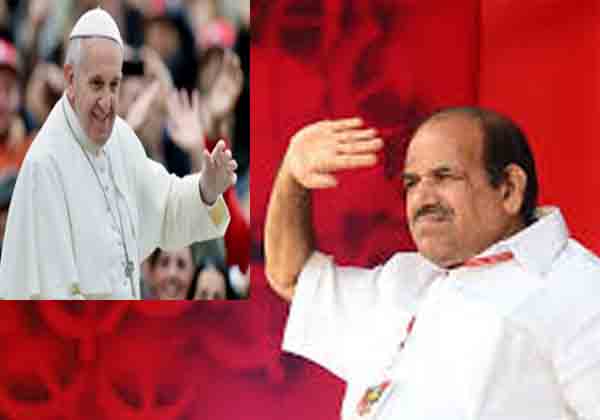 CPM state secretary Kodiyeri Balakrishnan said that the CPM-led LDF government in Kerala is ruling the state according to the dreams of Pope Francis. In an article published in CPM’s official propaganda organ Desabhimani, Balakrishnan also claimed that Chief Minister Vijayan has created an alternative model to the world within the confines of the capitalist framework.

Touting Kerala as a model in ‘tackling’ Covid, he alleged that the steep increase in the number of Covid cases in the state was due to the Onam celebrations and the protests led by the Opposition parties against the gold smuggling scam.

“The imperialist-capitalist giants and the reactionary political and communal forces are fighting against the Pinarayi Vijayan government. And for this Modi and Amit Shah are guiding the forces to topple the Left government,” Balakrishnan said.

He said that about 30 per cent of the world’s population is still under the socialist banner. The Left is surviving by overcoming the temptations and provocations to maintain the peace of the country. The policy of the CPM is that violence and political killing should not take place anywhere in the state, he added.

Enforcement Directorate has questioned Balakrishnan’s son, Bineesh Kodiyeri in connection with the diplomatic baggage gold smuggling and the recent Bengaluru drugs case. He still remains under the scanner of the ED as the officials summoned him for interrogation again three days ago. Balakrishnan’s elder son, Binoy, who faced a rape case filed by a woman in Mumbai, is also awaiting a DNA test result to check the paternity of her son.