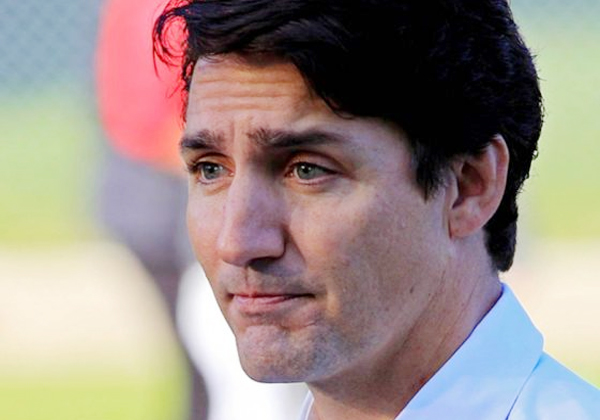 New Delhi. Irked by Canadian Prime Minister Justin Trudeau’s continuous remarks on farmers’ stir in India, High Commissioner of Canada here, Nadir Patel, was summoned by the Ministry of External Affairs on Friday and a Demarche was made.

The envoy was informed that comments by the Canadian Prime Minister, some Cabinet Ministers and Members of Parliament on issues relating to Indian farmers constitute an “unacceptable interference” in India’s internal affairs.

“Such actions, if continued, would have a seriously damaging impact on ties between India and Canada,” an MEA statement said.

“These comments have encouraged gatherings of extremist activities in front of our High Commission and Consulates in Canada that raise issues of safety and security. We expect the Canadian Government to ensure the fullest security of Indian diplomatic personnel and its political leaders to refrain from pronouncements that legitimize extremist activism,” the statement said.

Addressing members of the Sikh community in Canada, Prime Minister Trudeau on Tuesday said the situation of Indian farmers agitating against the farm bills is “concerning” and that his country will “be there to defend the rights of peaceful protest”.

New Delhi has of course rejected the comments as being “ill-informed”.

“We have seen some ill-informed comments by Canadian leaders relating to farmers in India. Such comments are unwarranted, especially when pertaining to the internal affairs of a democratic country,” MEA spokesperson Anurag Srivastava said on Tuesday.

Populism vis-a-vis Khalistani support base among Sikhs in Canada is driving Canadian leaders to make such statements.

It may be mentioned that the vexed Khalistani issue cast a shadow over Justin Trudeau’s visit to India in 2018. In fact, the Canadian prime minister was also snubbed by the Modi government.

A large number of farmers mostly from Punjab have been camping in the outskirts of New Delhi demanding the scrapping of new agriculture laws.

The central government has strongly defended the laws and accused the opposition parties of misleading the farmers. Union Agriculture Minister Narendra Singh Tomar and others have said that the new laws will bring much-needed private investment to the agricultural sector and also do away with the middlemen sydrome in marketing of agricultural products.