Now it’s Sabarimala, next on ‘secular radar’ is Amarnath. 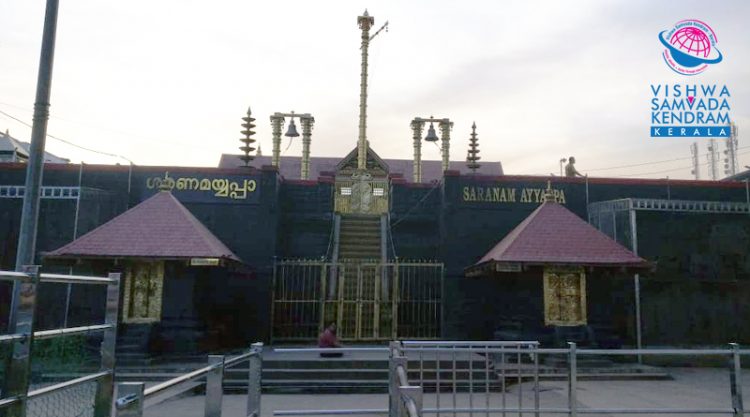 Early this year, the Supreme Court urged the Jagannath temple administration in Odisha to consider allowing non-Hindus to enter the temple, saying that Hinduism doesn’t eliminate any other faith and is the eternal faith, wisdom and inspiration of centuries. Justices Adarsh Kumar Goel and Ashok Bhushan suggested that people of other faiths be allowed provided they agree to comply with the rules and traditions. They quoted Krishna as telling Arjuna in the Bhagavad Gita that those who worship other Gods with full faith also worship Him. They also suggested, “The temple management may consider, subject to regulatory measures with regard to a dress code, giving an appropriate declaration permitting every visitor, irrespective of his faith, to offer respects and make offerings to the deity.” This was rejected by the Royal family of Puri and the Shankaracharya of Puri.

The problem is that we Hindus have believed in the ‘Hinduism is a way of life’ ruling by our Supreme Court so much that now we are totally confused as to who a Hindu really is. And herein lies the danger. Ask any Christian or Muslim as to who a Christian or Muslim is and they will boldly tell you without any confusion about their religion. They will also tell you equally strongly that theirs is the only ‘True’ religion and that people of other religions need ‘saving’ and that is why they proselytize. They actually believe it. Ask a Hindu and he will say ‘Vasudaiva Kutumbakam’ … it sounds very idealistic and Divine, but the problem is that the others misuse these very concepts to harm our ‘way of life’.

Look at what is happening in Sabarimala. “It is a historically accepted fact that Sabarimala is a secular temple where entry of devotees is not restricted on the ground of any caste or religion,” the affidavit filed by the Kerala CPM Government before the High Court says. Therefore according to them, the Waqf Board, Muslim organisations, Christian organisations, etc. are necessary parties in Sabarimala issue. What? Not happy with this, the affidavit also raises questions over the ownership of the temple using an oft flaunted rumour (because the word ‘Sharanam’ is used) that Sabarimala was a Buddhist temple. To substantiate their argument the affidavit highlighted the importance of Vavar Mosque and its connections with the temple traditions like Peta Thullal. It also said that Harivarasanam song which is played in the temple is sung by KJ Yesudas, a Christian. (Yesudas is a practicing Hindu)

Obviously some people have missed the fact that it is converts who have shown a keen interest in desecrating the Temple in accordance to the Supreme Court ruling that women of all ages can visit Sabarimala. Hindu woman devotees are prepared to wait.

Some years ago, a tale was spread about the Amarnath cave in Kashmir. According to an ancient tale, Botta Malik, a Muslim shepherd was given a sack of coal by a sadhu and upon reaching home he discovered that the sack contained gold.

Overjoyed, Botta Malik rushed back to look for the Sadhu to thank him. But at the spot of their meeting he discovered a cave, and eventually this became a place of pilgrimage for Hindus. “Since the origin of the cave, founded by our ancestor Botta Malik, we’ve been serving the devotees (yatries).” said Ghulam Qadir Malik, President Founders and Beneficiaries of Amarnath cave. It doesn’t matter that the cave was mentioned in various Hindu scriptures or that the cave itself is found to be over 5,000 years old. We were told that a Muslim found it about 300 years back. Till the Amarnath Shrine Board took over the cave in 2000, one-third of all donations by the pilgrims was given to the descendents of Malik and the rest to trust which manages the cave shrine. About 300 families of the Maliks were dependent on the Yatra. The Board paid Rs.1.5 crores to two parties of the Malik family as a compensation. One party refused to take any compensation and are protesting.

Tirupati Temple already has had Christians being allowed into their board and even in the making of the Prasadam.

Do not be surprised if soon the Amarnath Cave, Jagannath Puri Temple, Tirupati Temple and the other Hindu temples where people of all religions are allowed to enter will be declared as ‘Secular’ Temples by our Judiciary, with the full backing of our distorted Constitution. Hindus will be left with only Hundis (donation boxes) to drop their donation into.