by Hameed Chendamangalloor
in Articles 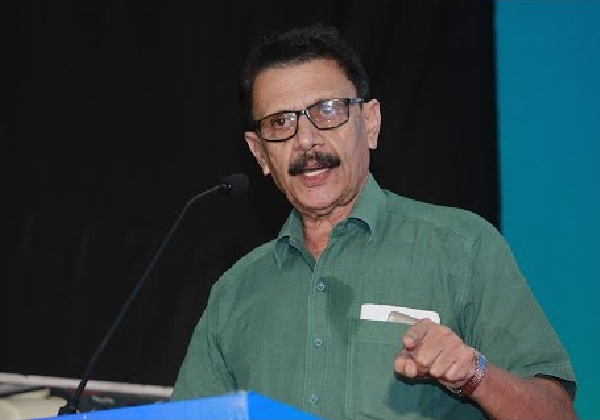 Here is the reply given by Prof. Hameed Chendamangalloor, renowned thinker, social observer and scholar, during a discussion hosted by Mathrubhumi Malayalam TV Channel. The discussion was in connection with the Kerala Governor Arif Mohammed Khan’s statement insisting on the need of Uniform Civil Code while referring to the Hijab issue.

This is the summary of  his talk:

Usually we refer to something when the context demands. Governor talked about Uniform Civil  Code when Hijab issue created serious problems in Karnataka. Sri Khan, his party colleagues, Congress leaders and  EMS Namboothirippad, senior most veteran leader of CPM and Prof. Irfaan Habeeb, pro Left historian of Aligar Muslim University had demanded reforms in Muslim Personal Law (Shariat) during 1985.  Not only that, it was while addressing a DYFI conference in Kozhikode that Pro. Irfan Habeeb raised the need of Union Civil Code and reforms in Shariat Law in India.   Muthalaq issue has been hitting the headlines since the last three years. Now, Hijab has up too.  Several things like that. The situation in 2022 is quite different from that of 1980s  Now BJP is at the helm at centre. In 1985, BJP was not at an influential party in the country and it was not at all taken seriously by our countrymen. As you rightly said, BJP won only two Lok Sabha seats in 1984 polls post assassination of Smt. Gandhi. Such a poor political clout the party  enjoyed at that time. It all changed. They got absolute majority in 2014. Their majority increased in 2019. Consequently BJP came to power in several states.

You asked me if it is fair to talk about Uniform Civil Code when BJP, a party which represents majority communalism, is in power. I am telling and I have telling that Muslims constitute the largest minority in India. Particular personal law is enjoyed by not only Muslims here. Minorities like Christians and Parsis enjoy their own personal laws. But, when Supreme Court pointed out that it was desirable to have a Uniform Civil Code in its verdict of 1985, it was religious and political bodies belonging to Islam who raised strong objections against it.

In 1995, after a period of ten years, Supreme Court raised the issue again. It asked why does the union government not taking initiative to bring Uniform Civil Code as per Article 44 of the Indian Constitution. It was in connection with Sarla Mudgal case. Again objections and opposition came out, of course from communalist and religious fundamentalists belonging to Islam.

But, there are several progressive people in Muslim community. Some are in Congress; some others are in communist parties and Janata Party. But, they are unorganized. Organised Muslims are in Muslim religious fundamentalist organizations and Muslim political parties. Unorganised Muslims are like Governor Arif Mohammed Khan. I call them   ‘Progressive Muslims’.

Let us see the objections being raised by Muslim League and the like-minded people. Their major objection is  ‘once Union Civil Code comes into force Muslims can not live as Muslims’. Is there any worse  nonsense than this ? What is Uniform Civil Code ? Muslims had their own criminal law until 1860. When the Britons introduced Indian Penal Code in 1860, criminal laws came to force which are applicable to Hindus, Muslims and all others. And, did it put an end to the rights or freedom of the Indian Muslims to lead their religious life ? In our country the criminal laws are absolutely common. It has not stopped the Muslims from leading their religious life.  And, 98 % of the civil laws are applicable to Hindus, Muslims, Christians, Sikhs and all other communities alike. Contract laws, banking laws, evidence acts, registration acts, special marriage act, medical termination of pregnancy act, etc. etc. are common to the followers of all faiths. And, did it stop Muslims from practising their religion ?Another argument says, Muslims will lose their cultural identity. How can Muslims alone lose their cultural identity. Uniform Civil Code may terminate polygamy under which man enjoys the right to have several wives. The same time man loses his right to give up his wife unilaterally. And, he will have to give alimony to the wife he divorces. And, men and women will enjoy equal rights for ancestral properties. Is cultural identity the right to have four wives at a time.