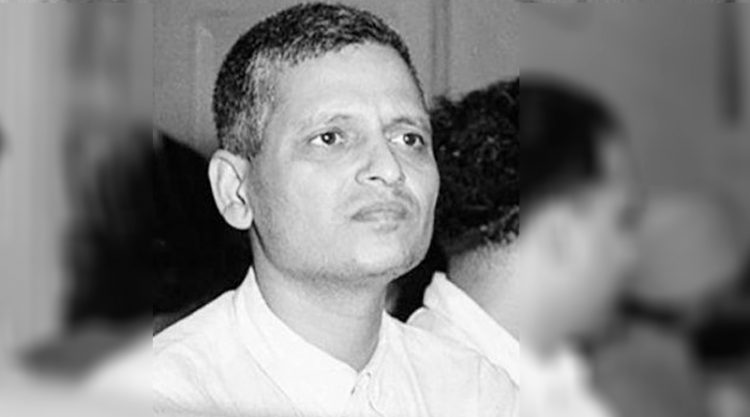 Haasan refers to the assassination of Mahatma Gandhi in January, 1948.

Utter novices these Hindus! Despite being the first to adopt terrorism they shockingly allowed themselves to be surpassed by those more adept at slaughter and mayhem!  And what have they to show? Only a Nathuram Godse.

Godse was arrested the same day he shot the Mahatma, his trial concluded by November, 1949 and he was hanged within a week of his being sentenced to death. Compare this with the case of Afzal Guru to understand how a terrorist actually uses the legal process? Afzal Guru, despite arriving on the scene much later, was executed almost eight years after the Supreme Court upheld his conviction and thirteen years after the attack on Parliament! Being the first does not necessarily mean one is the effective. One can yet be outdone by persons and circumstances as has obviously happened.

And yes Godse, the first protagonist of Propaganda by Deed, could not yet let the idea of assassination take root in India and targeted killing failed to become a popular, potent and irresistible form of propaganda in the country. There was no assassination after the Mahatma! Hindu terrorists just failed to kill for common good unlike the quintessential prototypical terrorists. The first yes but no achievements whatsoever thereafter!

Comparison with the more illustrious terrorists is so stark it is embarrassing. ISIS had a reach over more than 21 countries. Al Qaeda has its foot-prints across several continents apart from being involved in several military conflicts. Lashkar which has ties with both is credited amongst other achievements with coordinated shooting at Mumbai over four days and Pulwama attack on the armed forces. And Jaish is headed by a Global Terrorist Masood Azhar. One cannot also forget the involvement of Christians in ethnic cleansing and genocide of the Bosnian War.

Just look at the Hindus!! After giving the first terrorist to the country Hindus have been cleansed from Kashmir! It is shameful that Hindus are not part of the 800 terrorist cells operating in the country. And none of the districts affected by terrorism in India are dominated by Hindus.

In fact what does the first terrorist which India gave to itself have to show for the impact on the country? India gave to itself the longest written Constitution  in the world declaring India to be a democratic republic and assuring to its citizens justice, equality, liberty and fraternity. The Constitution was adopted on November 26, 1949 eleven days after Godse was hanged on November 15, 1949.

A clear case of non sequitur, there is a deliberate use by Kamal Hasan of a charged term “terrorist” to peddle Hinduphobia.

Haasan’s comment reminded me of the attack on the Sari as a conspiracy by Hindu Nationalists! And the intentional removal of the incident of the Mahatma’s assassination from the circumstances which surrounded and followed only to misattribute a role to a community ignoring all exceptions and distinctions relevant to a correct understanding of the issue proves Haasan’s high moral ground notwithstanding living in truth is a capacity he lacks.

There are many firsts to Hindus’ credit. Terror is not in that list. And will never be!