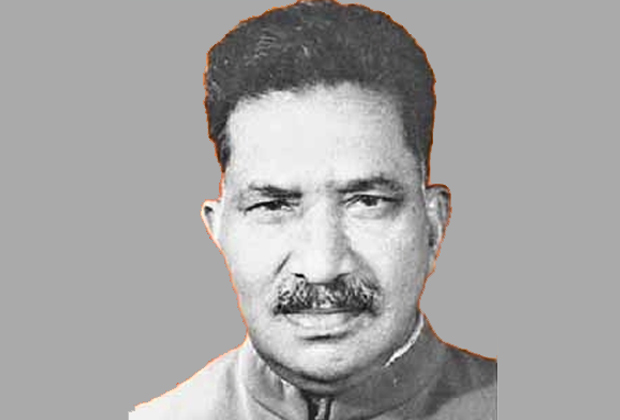 KK Nair aka Kandangalathil Karunakaran Nair is a name deeply engraved in the history of the Ayodhya movement. The brave ICS officer, hailing from the southern state of India, played an unforgettable role in reinstating the fundamental right to worship of Hindus in the Rama Janmabhumi before India became a constitutional republic.

Born on September 11, 1907, KK Nair began his life from Kuttanad, a small village in Alappuzha, Kerala. After completing his education in Kerala, he went to England for higher studies and won ICS at the age of 21. He joined as a civil servant in Uttar Pradesh in 1945 and became Deputy Commissioner-cum-District Magistrate of Faizabad on June 1, 1949.

As the District Magistrate, Nair entrusted his assistant Guru Datt Singh to file a ground report on the Ayodhya issue, after receiving a letter from the state government on the same. In his report sent to Nair on October 10, 1949, Guru Datt Singh unambiguously recommended the construction of a grand Ram temple at the site.

“As per your orders, I went to the spot and inspected the site and enquired all about it in detail. Mosque and the temple both are situated side by side and both Hindus and Muslims perform their rites and religious ceremonies. Hindu public has put in this application with a view to erecting a decent and vishal temple instead of the small one which exists at present. There is nothing on the way and permission can be given as Hindu population is very keen to have a nice temple at the place where Bhagwan Ram Chandra Ji was born. The land where temple is to be erected is of Nazul [government land],” says Singh’s report to Nair.

On December 22, 1949, Uttar Pradesh Chief Minister Govind Vallabh Pant, at the behest of the then prime minister Jawaharlal Nehru, ordered to expel the Hindus from the temple of Ram Lalla. But Faizabad District Collector KK Nair refused to implement the order, pointing out that the real stakeholders were performing Pooja there and the move would lead to riots and bloodshed.

Following the incident, Govind Vallabh Pant suspended KK Nair from the service. But Nair fought the Congress Government at court and managed to get an order in his favour. After rejoining the service, he decided not to continue as an IAS officer as, by the time, he became an eyesore to Nehru. After resigning from the service, he started practising as a lawyer in the Allahabad High Court.

By challenging the ‘Aurangzebic diktat’ of Nehru against Hindus, KK Nair upheld justice and made the way to the hearts of millions of people. People in and around Faizabad fondly called him ‘Nair Saheb’.

Taking the fight for Ram Mandir forward, KK Nair and his family joined the Jana Sangh. In 1952, his wife Sakunatala Nair contested on the Jana Sangh ticket and became a member of Uttar Pradesh assembly. Later, in 1962, both KK Nair and his wife became members of the 4th Lok Sabha, winning Bahraich and Kaiserganj constituencies respectively. Interestingly, their driver was also elected as a member of the UP legislative assembly from Faizabad assembly constituency. The couple was later arrested and jailed during the Emergency for protesting against the fascist regime of Indira Gandhi.

Shri Nair remained as a Jana Sangh worker till his death, September 7, 1977. Though he was a venerable and much-celebrated figure in Uttar Pradesh in those days, he did not receive due recognition in Kerala. Now a group of nationalists in the state is building a memorial in his home village, under the aegis of KK Nair memorial charitable trust. The memorial is being built on the land donated by the Vishwa Hindu Parishad. Along with other welfare activities, the trust is aimed at offering training for civil service aspirants and scholarships for eligible students.