Nehru shattered the dream of CV Raman to establish a research institute. 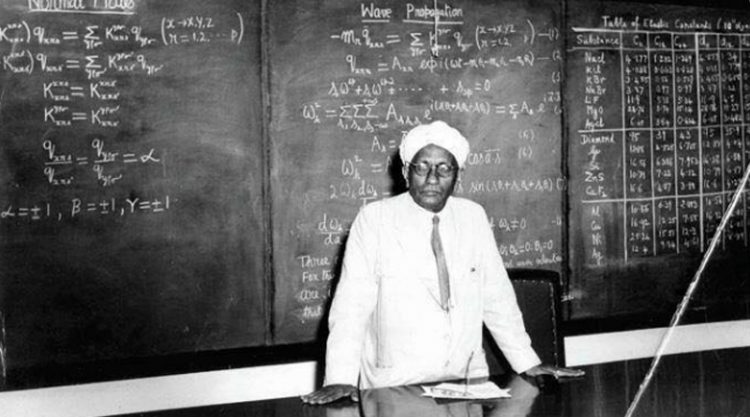 ShareTweetSendTelegram
CV Raman’s dream of establishing a research institute in Chennai could never be realised because he was disliked by Jawaharlal Nehru, and Nehruvian policies ignored such ventures.
CV Raman had the vision to establish a research institute – complete with a lab, a science museum, a science library, a lecture hall and office rooms – in Madras (Chennai). It is the same city where Raman commenced his scientific career, and to make a “distinct contribution” to the scientific life of the town, but it has remained an unfulfilled dream.
However, the idea of the research institute could never be realised since Jawaharlal Nehru, strangely famous as an institution builder, and his Government’s policies were the main hurdle. Nehru, time and again, ensured that anyone who was not a part of the Nehruvian consensus was not given any help in his lifetime.
It is well-known that Nehru was left embarrassed on a visit to Raman’s laboratory in 1948. It perhaps explains the agony of the man and his dislike for Raman. On this particular visit, Nehru was tricked in front of an audience into identifying copper (glowing under UV rays) as gold. Almost as if he were identifying a character flaw, Raman boomed “Mr Prime Minister, everything that glitters is not gold.”
Raman Openly Criticised Nehru
Raman resented Nehru’s policy of concentrating research in specialised institutions such as the Atomic Research Establishment at Trombay and the Council of Scientific and Industrial Research Laboratories while apportioning a smaller chunk of research funds to universities. He coined the phrase “Nehru-Bhatnagar effect” to describe the mushrooming of CSIR laboratories in the 1950s, predicting they would achieve little despite the massive sums spent.
In 1959, Raman tried to establish his second research institution, 11 years after establishing Raman Research Institute (RRI) in Bengaluru, on a four-acre land parcel owned by him in Mylapore (Madras), where “scientific work of the highest standard could be carried on”.

He estimated that the research institute could be built with a budget of a couple of lakhs of rupees and carry on work with a minimum recurring expenditure of Rs 2,000 a month. “My confidence in the usefulness of the proposed institute is indicated by my preparedness to find from other sources one half of the capital expenditure proposed and also to meet one half of the recurring expenditure necessary for the next five years. If the Government of Madras could see their way to make an equal contribution, the construction of the institute could be immediately taken up and proceeded with,” states the renowned physicist’s letter dated August 18, 1959, to the late C Subramaniam, minister for Finance Education, Government of Madras.

CV Raman demonstrating his experiments to visitors
The Subsequent correspondence between Subramaniam and Raman point at the State Government’s willingness to support the proposed institute, but with a suggestion that the Nobel laureate writes to the Union Government for the non-recurring expenditure of the project. Subramaniam replied to Raman saying that, “I may say, however, that subject to the condition that the assistance to be given by the Government of India, if any, will be taken into account in fixing the actual grant, this Government will be willing to meet a maximum of half the non-recurring cost of establishing the research institute and to make a suitable annual recurring grant for five years in the first instance.”

With the erstwhile Madras Government listing several conditions as part of the grant-in-aid code for a half grant towards construction of the institute and repeated suggestions for securing the Union Government’s financial support, Sir Raman’s subsequent letter to Mr Subramaniam points at his reluctance to seek help from New Delhi. “My experience and present knowledge of the attitude of the Central Government in matters concerning scientific research alike indicate thatany application for a building grant made to that Government for the proposed institute would be met with a refusal. Not until the institute has been fully established and proved itself useful would the Central Government feel at all inclined to extend a helping hand to it,” mirrors his disinclination to write to the Centre.

And thus, what could’ve been one of the finest research institutions of the country couldn’t take shape because of the Nehruvian policies of exclusion!
BY : Shaan Kashyap
ShareTweetSendShareShare