The Elections for Future Bharat. 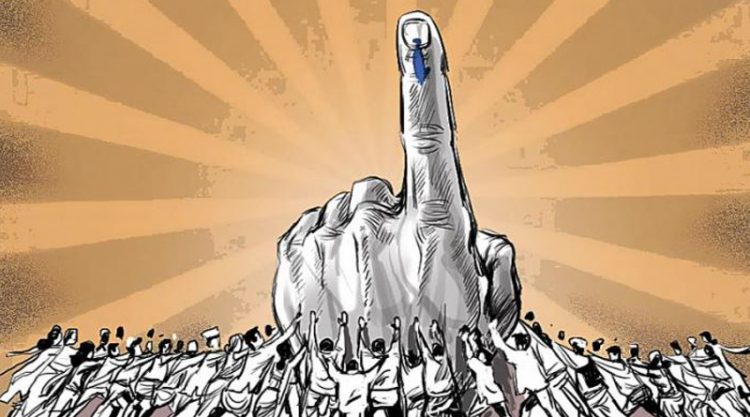 ShareTweetSendTelegram
Each person must vote in this political battle as if theirs was the deciding vote, with not a single vote to be wasted, squandered or neglected
The 2019 national election is the most significant in modern India, a new Kurukshetra to decide the future of the country for years to come. Dharma and Adharma are arrayed in a definitive manner that requires a decisive choice on the part of voters, including an in-depth examination for what India stands for as a nation, both relative to its past heritage and future potential. The identity of India or Bharat itself is part of this bitter electoral battle.
Will India emerge as a global power at economic, political and cultural levels as it has the ability to do so, expanding its great civilisational energies once more? Or will it return to a family run feudal dynasty where competence and accountability are ignored in favour of entitlement? Or perhaps will some strange concoction of different parties create a patchwork to run the country haphazardly into uncertainty?

PM Modi taking holy dip in Prayagraj during Kumbh 2019
Will a new India aligned with its vast Bharatiya spiritual and cultural traditions come to light, or will the old Nehruvian, and Marxist shadows extend their tenebrous darkness again, dividing the country?
The Competing Forces
It is easy to see what the current government stands for, as it has a clear leader in Prime Minister Narendra Modi, a national political party—the BJP, a set of alliances in crucial states like Bihar, Maharashtra and Tamil Nadu, known principles and platform that it stands for, and a five-year achievements to speak of .India has developed extensively in terms of economy and infrastructure and assumed a more expansive foreign policy. Corruption has been greatly reduced from the previous UPA rule. A stronger military response versus Pakistan sponsored terrorism has taken shape for perhaps the first time and is gaining world support. Greater pride in India, its diverse culture and profound traditions have arisen. In short, India has progressed forward on all fronts.

PM Modi performing Ganga Aarti at Varanasi
The Opposition, on the contrary, consists of a shifting alliance of regional, leftist and old socialist parties that have long been pitted against each other. It is complex and contradictory in terms of constituents, hard to discern what it stands for or even who is running it. It has no set policy or platform on economics, development, foreign policy or anything else. It has no shared agenda, ideology or aspiration. Only Modi as a common enemy unites the angry crowd, along with opportunist ambitions.
Opposition groups continue their assault on Hindu temples as in Sabarimala, are trying to obstruct building the Ram Mandir in Ayodhya, find fault with Hindu festivals, and are happy appearing with missionary and Jihadi sympathising groups. Hindus must realise the dangers of supporting such groups in any part of the country
Behind this amorphous alliance hovers the old Congress Party desperate to regain its status after its debacle in the 2014 election. Congress also lacks any coherence. It is running Rahul Gandhi for the first time as president, who apart from his family name has exhibited no qualifications or acumen to run a campaign, much less a country. It must bolster him up with his sister, his mother and an old coterie of advisors in the background, like a medieval court drama totally out of place in a democracy of over a billion people.