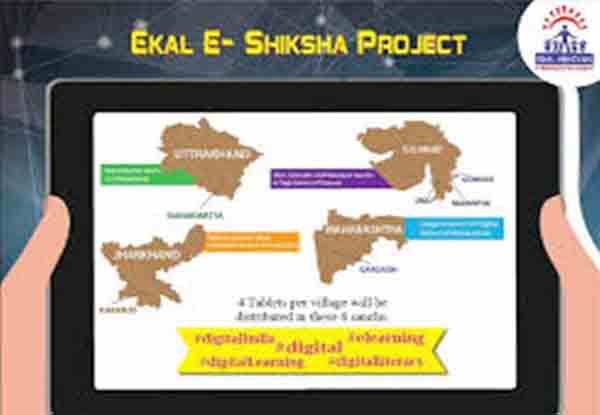 New Delhi: Ekal Vidyalaya Foundation hosted its annual ‘International Conference’ virtually from September 11-14. More than 700 South Asians from USA, Canada, India and Australia attended, including youth, according to a press release from the organization.

The videoconference gathering discussed EVF’s achievements in increasing literacy and development in 102,000 villages in India where it has a substantial presence. Ekal also engaged youths from schools and colleges in this conference under a ‘Youth Leadership’ program.

During the coronavirus pandemic, Ekal used innovative ways to keep homebound school children engaged through their DIY (Do-It-Yourself) educational campaign, and raised donation through this effort.

The pandemic this year posed a challenge to Ekal for fund-raising, but it was able to raise 80% of the total funds required by hosting several concerts, the organization said.

Some of the methods Ekal has used to eradicate illinteracy in Indian villages is through one-teacher schools, computer-equipped vans, – called ‘Ekal-on-Wheels’– use of electronic tablets where possible and empowering rural folks by adult-education & skill-training. To date, it says it has imparted functional literacy to rought 2.8 million youngsters each year.

In addition, Ekal wants to push forward its most ambitious project of spreading ‘E-Shiksha’ or digital education from current 1,200 villages to 100,000 villages by the year 2025.

Although rooted in education, the foundation in recent years has entered into healthcare, integrated village development, digitization, farming research and socio-economic empowerment, Ekal.

A new initiative, called ‘GRANE’ (Gramotthan Atma-Nirbharata for Ekal), was also introduced to bring E-commerce activity to the villages. Rewarding farmers, empowering village women, and providing necessary tools to the ground team, is another objective Ekal adopted. The conference also resolved to plant 10 Million trees in next 5 years.

Parallel breakout discussions during the conference saw students brainstorming to formulate their own initiatives. The initiatives adopted include getting connected to youths in schools & colleges, visiting Ekal villages, starting activities in slum-areas, raising funds, and promoting a healthy lifestyle.

The conference also decided to add ophthalmic care to its earlier initiatives which included medical-camps, initiatives for anemia control, child & women health-practices and herbal-medicine, which were being carried out under the. ‘Arogya (Health) Foundation of India’ that Ekal oversees. Plans are afoot to acquire, there numerous mobile-clinic vans, called ‘Eye-Van’.