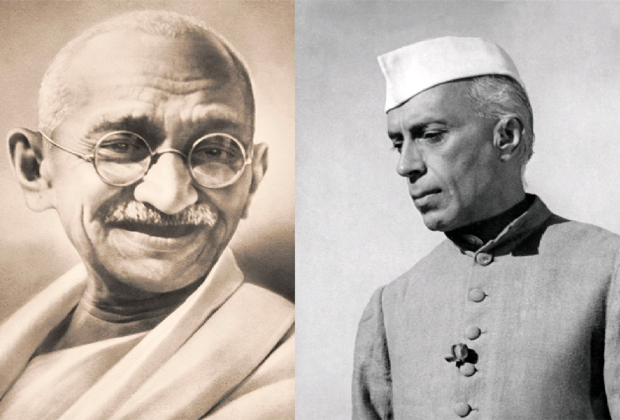 Every year, it is a practice of the Congress and the commie brigade to make some remarks on Hindu nationalism on January 30. On January 30, 1948, Mahatma Gandhi was assassinated. A few months before his death, Bharat had attained political Independence and a few hours before Independence, Bharat was partitioned. Partition was a result of the aggressive stand of the Muslim League, weak leadership of the Indian National Congress, the British strategy to leave Bharat in a tattered condition and above all, a submission to the political concept of the Darul Islam.

Arnold Toynbee writes ‘What is Pakistan? It was the first successful step in this 20th century to realise their (Muslims) 1200-year-old dream of complete subjugation of this country. The country witnessed a holocaust. What followed was a never before seen cataclysm. The transfer of population that the Congress leaders wanted to avoid, took place. They were killed, robbed, looted in transit. As the biggest migration of population in recorded history was in progress, a most dangerous situation arose in the capital. Every 4th person in Delhi was a Hindu or Sikh refugee from Pakistan. This lead to a lot of anger against the Congress leadership. A number of organisations were involved in service activities for the refugees, giving them shelter, support and succour in their times of great tragedy. Guruji Golwalkar of RSS gave a call to the RSS swayamsevaks not to leave Pakistan until the last Hindu is safely moved from the troubled areas. Thousands of swayamsevaks gave up their lives in this cause. This is documented in the book, Jyoti Jala Nij Praan Ki.

Nathuram Godse was one of the people who believed Mahatma Gandhi was squarely responsible for the partition of Bharat. On the fateful day, on January 30, 1948 he approached Gandhi during the evening prayer at 5:17 pm. Godse bowed, and shot Gandhi at point blank range. Godse himself shouted “police” and surrendered himself. His defence was documented in a book, “May It Please your Honour”.

However, there has been no explanation of why Gandhiji was not rushed to the hospital and was instead taken to Birla House, where he was declared dead.

In spite of no evidence against the RSS and in spite of Sardar Patel indicating that the RSS is not involved, Nehru went ahead to press for the ban on the RSS. This fact is evident from the correspondence between Patel and Nehru. Replying to the Prime Minister’s letter urging him to ascertain the RSS connection in the case, Patel sent a categorical reply on 27 February 1948, less than a month after Gandhiji’s assassination:

‘I have kept myself almost in daily touch with the progress of the investigations regarding Bapu’s assassination case. All  he main accused have given long and detailed statements of their activities. It also clearly emerges from the statements that the RSS was not involved in it at all.’

When no plausible reason is found about why Nehru was so keen to ban the RSS, it can be concluded that Nehru saw a potential rival in Guruji Golwalkar. In fact, one day before Gandhiji’s murder, on 29 Jan 1948 Nehru was reported to have said that: “I will crush the RSS”.

That Golwalkar was immensely popular is documented by BBC. In 1949, BBC radio reported: ‘Golwalkar is a shining star that has arisen on the Indian firmament. The only other Indian who can draw such huge crowds is Prime Minister Nehru.’ Golwalkar was the Sarsanghchalak of the RSS at that time.

On February 4, 1948, the government banned the RSS. After a long struggle by the RSS swayamsevaks, the ban was lifted unconditionally. In a written statement to the Bombay Legislative Assembly on September 14, 1949 (Proceedings p2126) the Home Minister Morarji Desai admitted that the ban on RSS was no longer considered necessary; it was lifted unconditionally, and the RSS gave no undertaking – Lifting of ban was unconditional.

Inspite of all the direct evidence, the Congress did not end at this, In 1966, Nehru’s daughter, Indira Gandhi appointed another commission under Justice JL Kapur, a retd. judge of Supreme Court. It examined over 100 witnesses and submitted a report in 1969. The Kapur Commission report said “…RSS as such were not responsible for the murder of Mahatma Gandhi, meaning thereby that one could not name the organisation as such as being responsible for that most diabolical crime, the murder of the apostle of peace. It has not been proved that they (the accused) were members of the RSS..”

Swatantra Veer Savarkar life and his works were the inspiration to many freedom fighters including Bhagat Singh. Such a person was also charged with the conspiring the murder of Gandhi. No evidence was found against him but the accusations against him by the Commie brigade abetted by the Congress continue. As recently as 2013, The Hindu carried an article accusing him once again.

Nehru was the Prime Minister candidate inspite of Patel being the overwhelming favourite. It is clear from the documentation during that period that Gandhi favoured Nehru primarily to ensure that the Congress doesn’t split during the trying times after partition. It seems apparent that Gandhi believed that Patel would work under Nehru but Nehru wouldn’t vice versa. Gandhi was disappointed by some of the decisions taken by Nehru and in fact, had called for a public debate on policies. This naturally put Nehru on the back-foot. He never responded.

A missing Netaji Subash Chandra Bose (under mysterious circumstances), an assassinated Gandhi, an implicated Savarkar, and a reviled Golwalkar ensured that Nehru had a free run. In fact even in 1953, a potential contender like Shyamaprasad Mukherjee died under mysterious circumstances in the jail of J&K. This was a state managed by Nehru directly.

It is apparent that the biggest beneficiary of the above sequence of events was Nehru. He remained the Prime Minister of the country for 17 years. It is also a known fact that Gandhiji was of the opinion of disbanding the Congress in the future.

Yet, no investigation was taken in that direction as to why he chose to target such luminaries! When a great freedom fighter like Veer Savarkar and Rishi like Golwalkar could be incarcerated, why no questions were raised against Nehru and Congress is something I have been intrigued with.

– When Gandhiji was shot point blank, why was he not moved to a hospital and moved to Birla House?

– Was there no intelligence inputs on the assassination? When there were 4 earlier attempts to murder Gandhi, what were the additional measures taken by the Nehru government to provide security. Did any heads roll?

– Why was Nehru in a hurry to find an organisation to link Godse with when Godse was insisting he was doing it in an individual capacity?

Prof. Rajendra Singh, 4th Sarsanghchalak of RSS in an interview to Outlook (Jan 1998) said regarding Godse “Initially, he was a member of the Congress, later he joined the RSS and left it subsequently, saying that it was a slow organisation. Then he formed his own group.” Godse left the RSS in 1934 and joined the HMS as per his own admission to the court. He then formed his own group. Gandhi was assassinated in 1948. Prof. Rajendra Singh had asked, “If investigations were done on whether RSS was involved in the assassination, why were there no investigations whether Congress was involved in allowing the assassination to happen”? (since he was a member of both the organisations and had left them).

Gandhiji’s assassination gave an opportunity to Nehru to use an enormous amount of state power to crush the Hindu nationalists. At the same time, he shifted the public discourse away from core national issues raising the bogey of Hindu fascism. This lead to sidelining of all major issues of national relevance like education, language, cow slaughter, agriculture, models of development, administration, and many more core issues. This was a classic example of the Marxist method of shifting public discourse.

The nation has to do a course correction. Bharateeyas must ask and seek what Nehru & Congress’s interests were in shifting the national discourse away from our core to the periphery.