The Need to Promote Hindu Identity 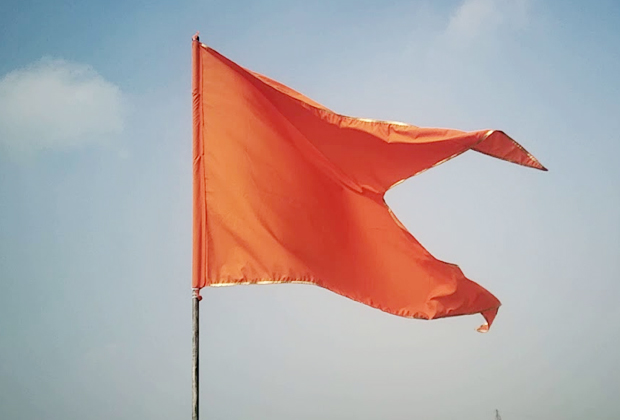 If you do not value your own tradition, other people will not value it either, however important it may be. If you do not have any real conviction as to the relevance of your spiritual path for the entire world, no one else will either, even if the path that they follow is much more limited.

Hindu Dharma is the planet’s representative of Sanatana Dharma, the universal tradition of cosmic knowledge and Self-realization. It shows us how to discover the entire universe as a manifestation of our own deepest Self and consciousness. Such a profound view of life is almost unheard of in any other religion, science or philosophy.

Yet after many centuries of foreign rule and sustained forceful efforts to convert them, Hindus have lost much of the confidence and breadth of thought that goes along with Sanatana Dharma. They may appreciate their own particular guru, sect or sampradaya, but seldom recognize the common background tradition of Sanatana Dharma and its overall supreme value.

The Issue of Hindu Identity

As Hindu Dharma is formulated as a universal tradition, Hindus can be too quickly inclusive of other spiritual and religious formulations, even those trying to convert them. Hindus do not assert their identity; in fact, they are often apologetic about it. I have heard a number of Hindus state when asked about their religion, “I am a Hindu but I accept all the other religions also.” This is usually said, one should note, without such Hindus having actually studied other religions in any detail.

To preserve Sanatana Dharma for all humanity, a strong Hindu identity must prevail – first in Bharat and then globally – affording Hindus the confidence to learn about, practice and share their vast tradition. Unfortunately, Hindu identity is compromised in the world, even in Bharat. It has been making a revival in the recent decades of the Hindu movement, but still has far to go. Even today we find some who follow Hindu traditions like Yoga, Vedanta, Vaishnavism or Shaivism, stating that they are not Hindus.

Others claim that Hindu is just a geographical term. What do you tell Hindu children in the West – who certainly cannot be called Hindus in the geographical sense – when they are asked about their religion? If the term Hindu is not appropriate to use, what term is better? There is no other religious box they can mark that can substitute for it, when they are asked to fill out common information forms about their background. Western society recognizes their religion as Hindu and relates to it accordingly.

Having Hindu Dharma accepted as a religion in the West affords many benefits to Hindus, socially and politically, which cannot be underestimated, extending to marriage, institutions, education and other social and legal protections. Whatever qualifications one may have about the accuracy of the Hindu word, one must accept that it is how Sanatana Dharma is best represented in common discourse in the world today.

Hindu Dharma is tolerant by nature of its universal teaching. Hindus do not become intolerant by saying that they are Hindus, but instead help make others aware of the vast scope and relevance of Hindu Dharma. To say “I am a Hindu”, is a way of breaking down religious barriers and taking humanity back to its common spiritual origins in the great seers and yogis of ancient times. Hindus should be proud of their identity and their preservation of Sanatana Dharma that other peoples and cultures have lost and replaced with more limited beliefs.

Unfortunately, Bharat’s leftist media intentionally gives the impression that even to call oneself Hindu is intolerant and communal, but to call yourself Christian or Islamic is progressive and tolerant. Yet the fact is that Hindus are still targeted for humiliation and conversion by those who follow exclusive and intolerant forms of Christianity and Islam – and this is occurring regularly throughout Bharat itself! It is not that Hindus have a comparable predatory agenda and funding to convert non-Hindus!

How do you tolerate someone, whose primary principle is that “we will not tolerate you.” How do you include someone in a universal vision of truth, who has a contrary exclusive view and considers that truth belongs to their prophet, book or deity alone and all others are either false or inferior?

Such convictions are not simply personal or intellectual but allied with global missionary movements and global jihad. Saudi Arabia funded Madrasas, which are now spread throughout Africa and Asia and are the main education centers globally for Islam, certainly do not teach an honoring of Hindu Dharma. Nor do the Catholic Church or Evangelical Christians respect Hindu Dharma and its extraordinary yogic and philosophical teachings.

Hindu Dharma cannot be simply equated with other religions  – particularly conversion and belief-oriented traditions – as simply one path among many, with all being part of one happy family of the world’s great religions. The goal of Hindu Dharma is God realization and Self-realization. This is not the goal of western religions, though there may be rare mystics among them who are oriented in this direction because it is the ultimate goal of all human life.

Hindu Dharma is inclusive of all sincere religious and spiritual practices. It can accept use of images or non-use of images, elaborate rituals or no rituals, devotional worship or a purely philosophical approach. Hindu Dharma is a spiritual art and science that seeks to preserve and make available to all sincere seekers all genuine approaches to the universal truth and happiness, which vary at an individual level according to spiritual growth and karma.

Indeed, there is probably a greater variety of spiritual and religious views within Hindu Dharma than in all other religions of the world combined. That is how Hindu Dharma reflects its origin in the idea of Sanatana Dharma – a universal and eternal path that is perpetually renewed. Sanatana Dharma cannot be sustained or preserved without a Hindu identity that honors it and remains rooted in its ancient origins. Its corpus of knowledge and wealth of history requires a tremendous effort to uphold in every generation.

Hindu Dharma’s profound teachings about the universal nature of consciousness will not reach the world unless Hindus are willing to make the effort to share and express them. Hindus should honor their identity in this universal Vedic tradition of spiritual knowledge, and promote it for the benefit of all humanity. Otherwise the loss will be irreparable for everyone and for many centuries to come.