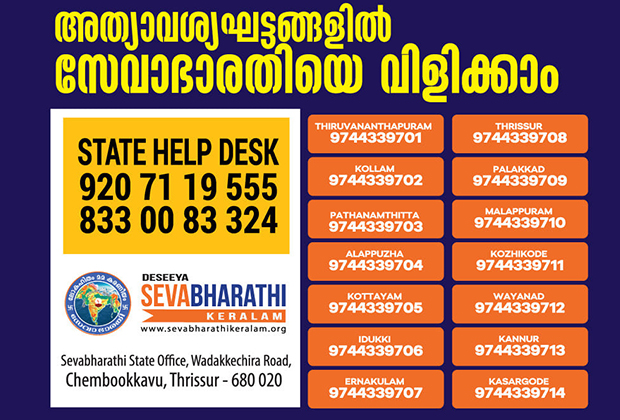 Seva Bharathi came to the rescue in Kerala with the onset of rains again. A special war room has been set up at the State Office in Thrissur to coordinate disaster and relief activities. Seva Bharati has set up special control rooms in all districts, officials said.

Meanwhile, the death toll in a landslide at Rajamala Pettimudi has risen to 15. 76 people were believed to be injured. Of these, 21 were rescued. 55 people are yet to be found. The search is on for them. Twenty families are currently at risk.. Six men, four women and a child were killed. The names of the nine dead have been released.The missing are believed to be trapped in the ground. As it is an inland area, the rescue operation started only at 6 am.